Lucia Misch is a spoken word poet with a decade of writing, performing, and teaching under her belt. Since getting her start as a champion youth poet in the Bay Area, Lucia has performed on stages across North America, both on her own and in collaboration with other artists. She has presented her work at events such as the Vancouver Fringe Festival (2015), The Vancouver Writers Festival (2015), and Campbell River’s Words on the Water Festival (2016). Her poetry has been anthologized in Alive at the Centre: Contemporary Poets of the Pacific Northwest (Ooligan Press, 2011), and published online. A veteran arts educator, Lucia regularly facilitates spoken word workshop as a member of WordPlay Poetry in Schools, was a Vancouver Writers Festival Writer in Residence (2016), an ArtStarts Poet in Residence (2015), and has been a guest teacher at creative arts youth empowerment programs including Media Poetry Studios (2015), and Power of Hope Camp (2016). 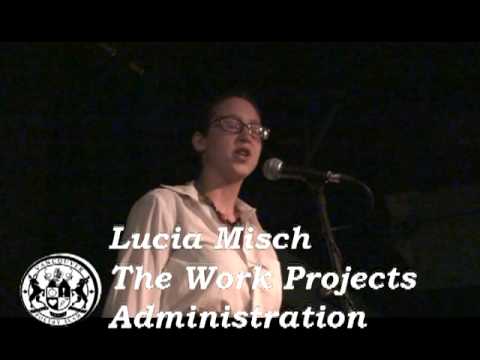